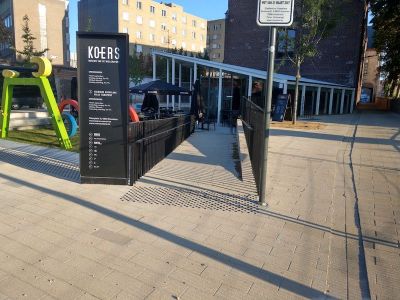 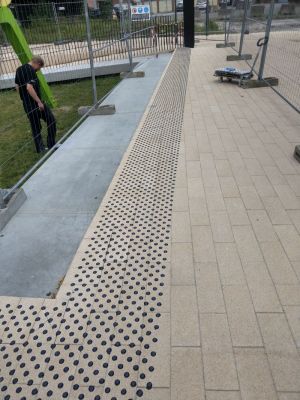 The Koers Museum in Roeselare is the museum of cycling sports. The museum is located in the former fire department from 1903, a stately building at Polenplein. From 2015 through 2018, the building was restored, which also gave the museum a boost. TG Lining installed staircase markers at the top of the conversation pit and the stairs of the museum. Black nubs were installed here in a diagonal pattern. A test was done before this, to see which pattern would be the most visible on the tile patterns of relatively small tiles with many joints. The project was executed in consultation with the project coordinator of Facilitair Beheer Stad (City Facility Management) and OCMW Roeselare.