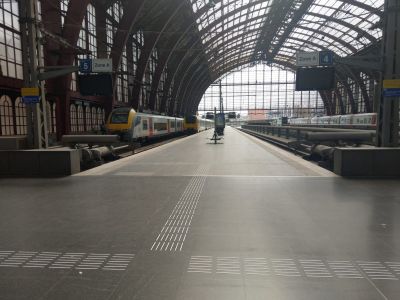 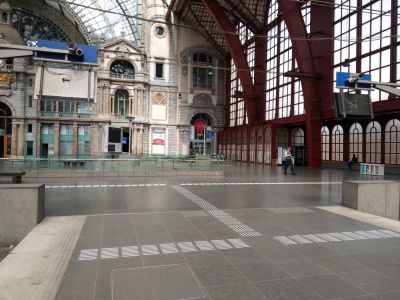 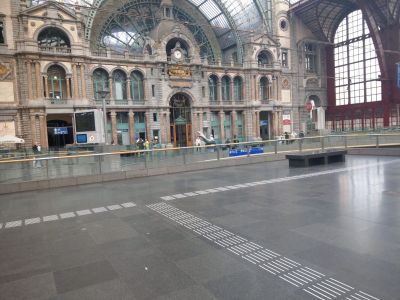 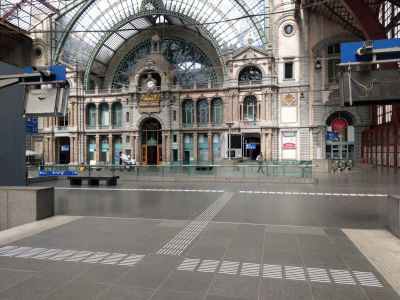 Train Station Antwerp-Central, a protected monument, was built at the end of the 19th century and the beginning of the 20th century, by order of King Leopold II. The train hall of the station consists of a steel and glass construction, which is 66 metres wide, 186 metres long and 43 metres tall, designed by state engineer Clement Van Bogaert. The design of the reception hall was inspired by the Lucerne train station in Switzerland and the Pantheon in Rome. The rich architecture with various types of marble and an impressive, 75-metre-high dome is distinctive.

TG Lining has installed a guided route in the central hall of the Antwerp-Central train station. This route leads from arrival to the front of the platforms. In addition, all the platforms were provided with guiding routes leading to the lift, at both ends. The product used is TGGL-narrow, 2 mm tall, in 7 lines, next to each other, white. The work was executed in very pleasant consultation with the technician at Gebouwen & Kunstwerken of the NMBS.